As promised, here some info on the findings of ThriKreen:

He did find some folders with tiles. By now it’s pretty much sorted and you’ll see screens of models, which have never been seen in public before - as far as I know! So here I go:

Sewers:
This seems to be an unfinished version of the released DLA Sewer tileset to be found here:
https://neverwintervault.org/project/nw ... er-tileset 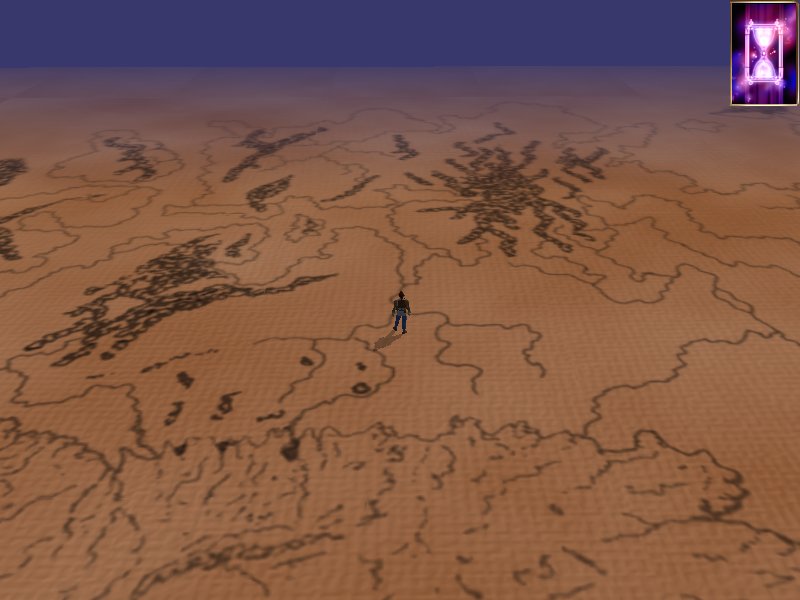 A setfile was there, which dates to April 2006 and textures. I was able to recover the models and it is now working IG:

It’s not 100 % finished: The terrain tile texture is not seamless and thus does not match up. 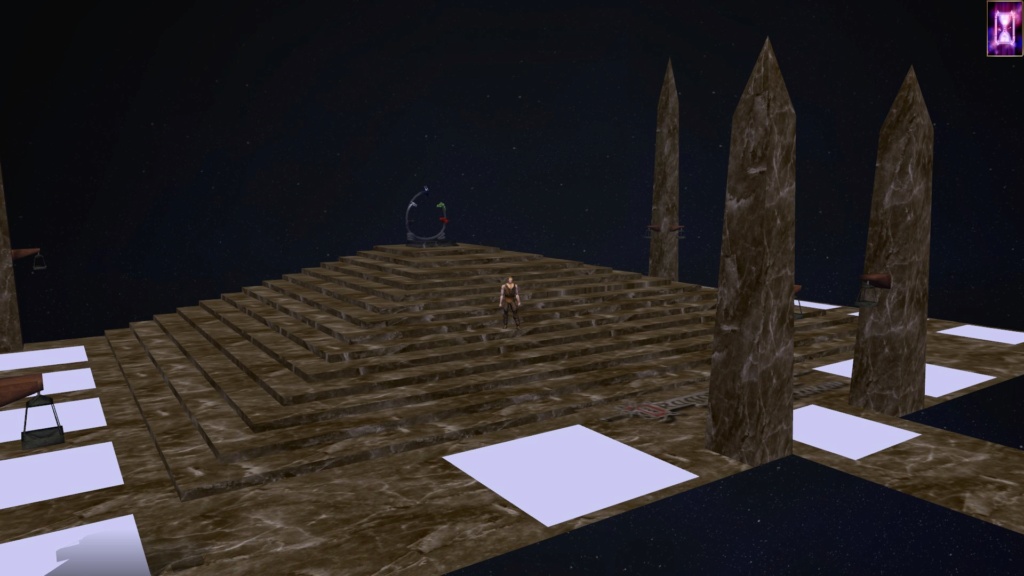 Some files date to May 2003. There was no setfile within this folder. I was able to get the tile models into a working stage and created a setfile.
The star field texture is lost, so I implemented a free one for testing reasons. The white squares hold the names of the Gods of Krynn, but these textures are also missing. ThriKreen said, that they should be “symbols, the constellations of each god”.

The portal is amazing (IMO)! Here is a screen by ThriKreen: 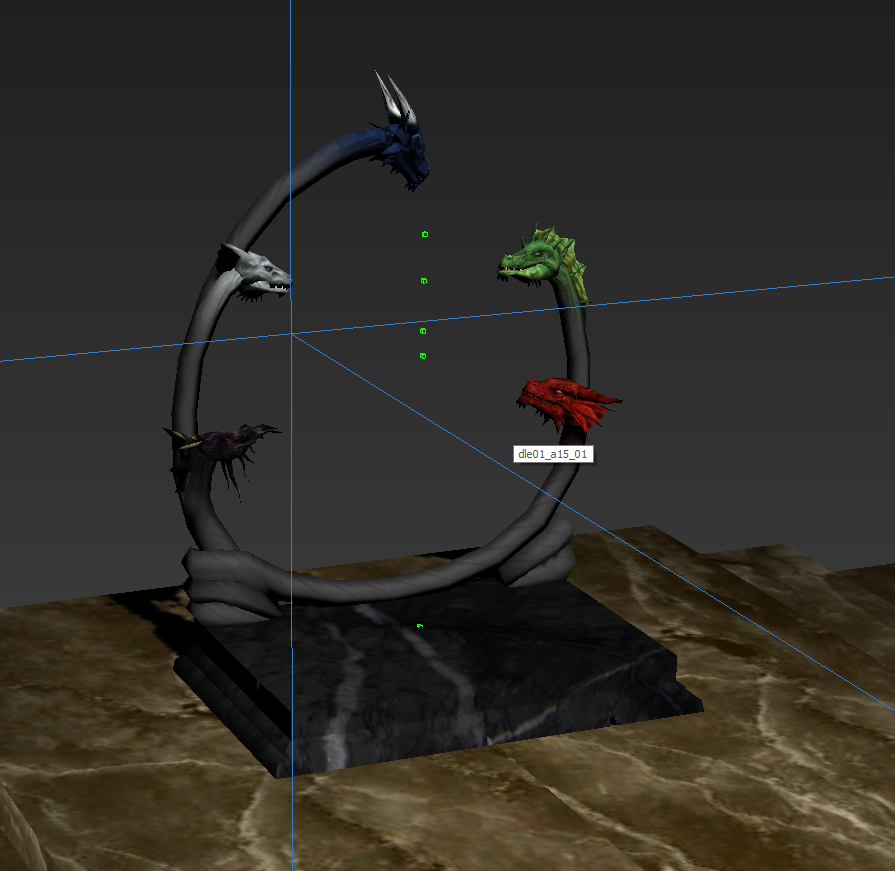 The screen is also from ThriKreen. He wrote, that he thought, that it’s finished. But this version is not. He saw some issues and the texture is missing. ThreeKreen was playing with the thought to redo this…

Swamp:
Now could this finding be the lost set to these screens: 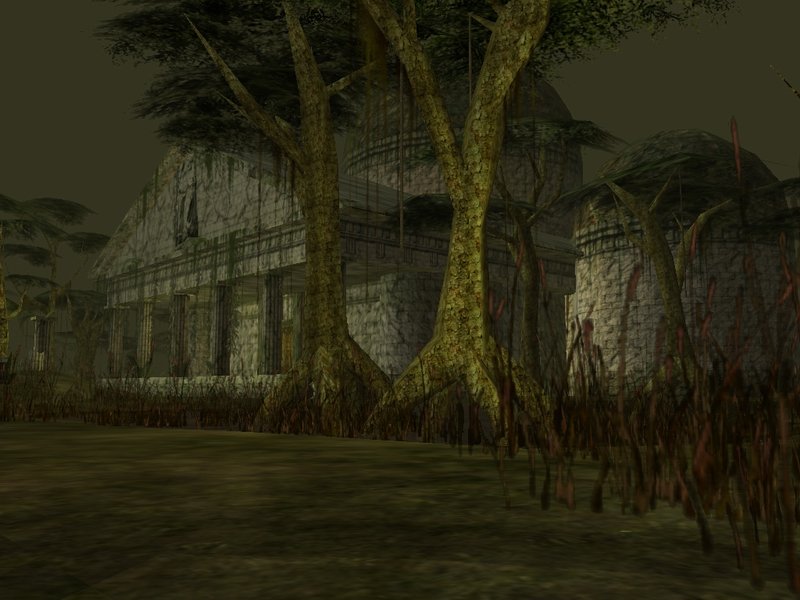 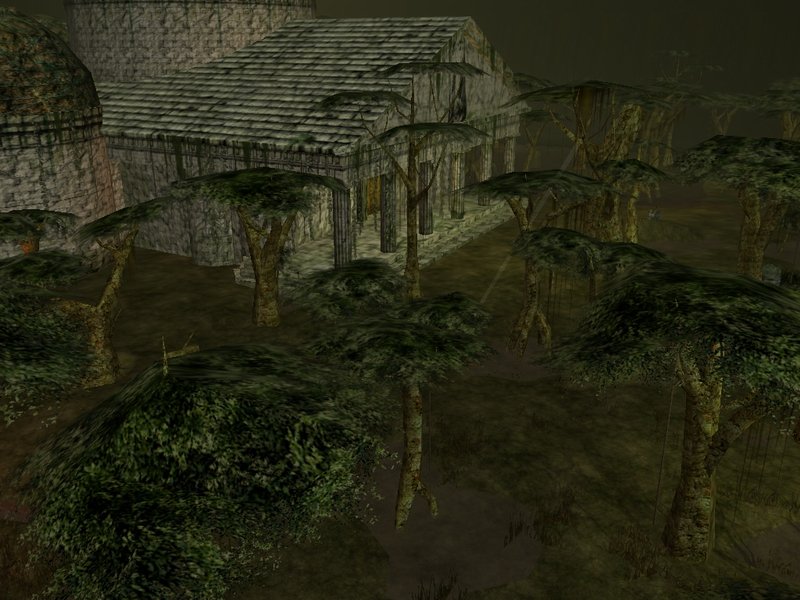 Luckily, the textures were included and importing the (at this time available) models into Blender revealed this:

They definitely have something to do with the screens of the temple, but as far as I can see, those tile variants are not included in the findings. And also not the Mishakal temple. BUT the folders also contained some Maya files, which we could not access! One file was called “Mishakal”… More to this later!

BTW: I looked at the Maya files with an text editor and they hold October 2003 as date.

OK, there was also no setfile, so I created one to get them IG: 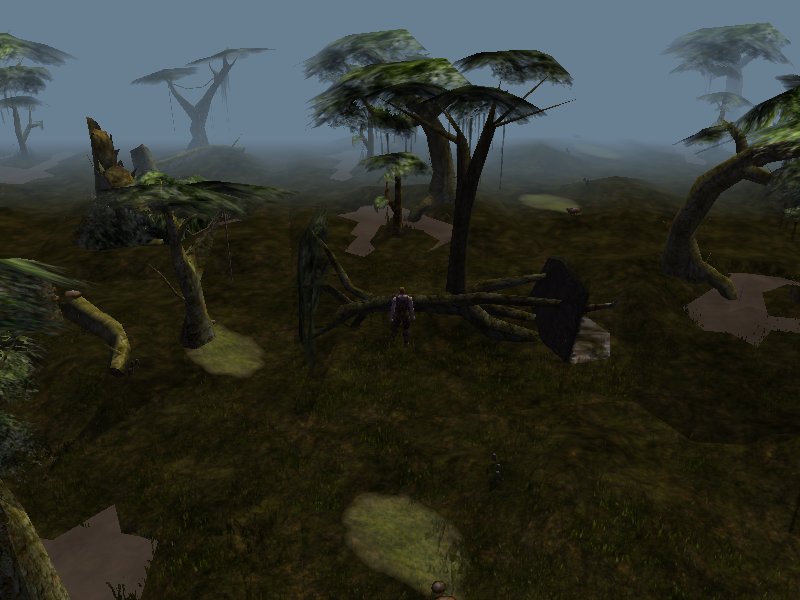 All the models have tons of issues, but they show up. So, taking a closer look, I think, that non, but maybe one, were meant to be terrain tiles. Too many with fallen trees and ruins. My guess is, that many of these are features!
So I had to enhance “my” setfile and created 9 (+ one of the original ones) terrain ground files using the existing trees and the screens of the “lost temple” to recreate a fitting terrain.
As one can see: There are water tiles (see the brown water texture in the Blender screen), so I also added a water terrain and all needed tiles, which are missing for this (GrumpyOldGoat helped me with the txi - thanks!). To the front left of the Blender screen you see tiles, which are straights of a kind of water covered paths. So I added these as crossers, too and I have now a working base to add the rest: 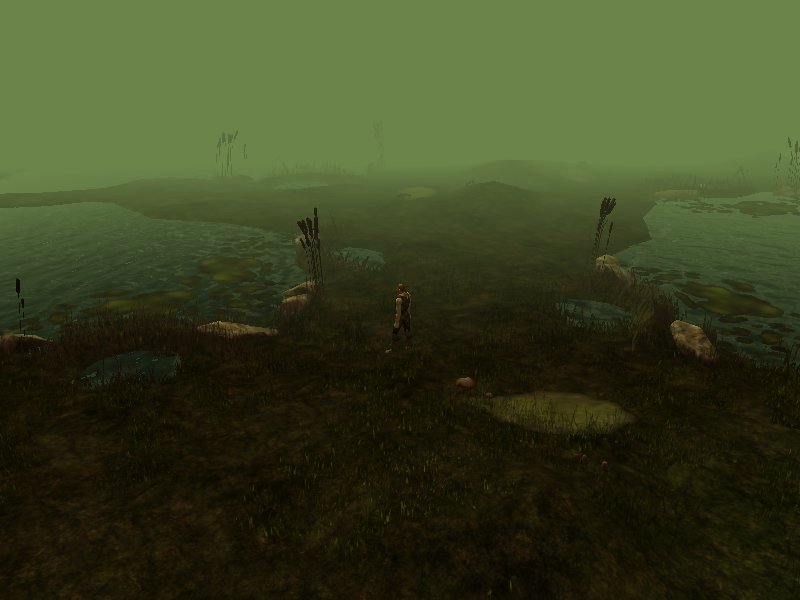 Well, as mentioned, there were still some Maya files, which ThriKreen nor I could access.
Two of the (IMO) most interesting were called “Mishakal.ma” and “dlsw1_draco_camp.mb”… Plus a number of tiles.
I made a call for help on the vault forum and got some suggestions - again: Thanks for that - and a reply from ACIDCHALK, that he would try to convert those files. Acidchalk was able to do it and here are two results: 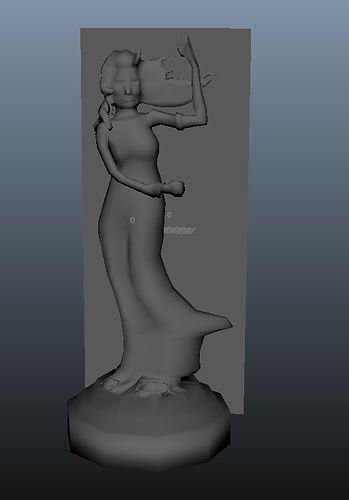 (Screen by Acidchalk - The texture is lost) 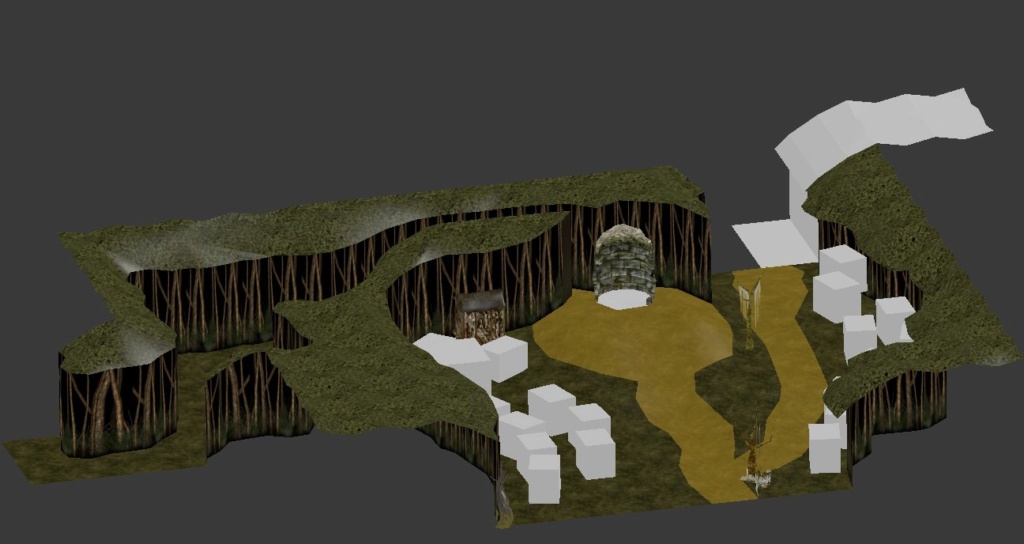 The statue of Mishakal is a great finding, though not the temple I was hoping for! The Draconian camp is a finding, I’m very happy about! DLA used the maps of the P&P modules as a base. As you can see, it’s quiet unfinished and it uses a tree terrain as an approach. I’m not sure how this can be integrated into the Swamp set, yet (without adding a tree terrain, which would consume much time and I’m not sure, if that would be fitting).

Acidchalk also converted some more Maya models. At least on is a swamp tile, which I did not have before. There are bits from Solace, but these are very rough and not the missing Solace groups (Tanis etc.). And Acidchalk also converted a couple of creatures, eg. two Draconians, but I still have to sort through them a bit more and compare it to what we already have.

There is still much to do to the Swamp set, because, as written, many objects have still lots of issues. I may be tempted to get all existing models into the set to see them IG, but the set will not be finished then. My plan for now would be to return to the Solace set and get that going. If you have read through all the other DLA posts, you’ll have noticed, that there are even more sets!
So by now we have:
Solace Exterior
Solace Interior
Que-Shu Huts (did I ever mention them?)
Entry Area
Overland Map
Swamp
(Some) Characters
Top

Awesome stuff Br. And thank you Thrikreen for finding all this. I'll be making the ctp base files from our cvs availible on my one drive when I get home on monday for anyone with access to the private CTP forums. I hope that you may be able to do something with them.

Bannor is out of the game at least for now so would like to see the unpublished tilesest move into capable hands. Personally my life has become to Mundane to work on any of them. I've set myself to reviews and writing novels. Occasionally hopefully Dming a few weekends on BR's server.
CTP team member
http://www.harvestmoonconsortium.com
Chief cook and bottle washer for Harvest Moon
Top
Post Reply
2 posts • Page 1 of 1