I. Solace Exterior edges
I decided to go for edges for the Solace Exterior set next. I already made a single tile terrain tree variant with a tree, which has the size of the Vallenwood-groups of this set. I used this as a base and simplified the leaves-meshes using only the original single DLA-tree-leaves-texture. I kept the leave-objects to a size, where the texture looks good/fits the other tree-leaves (= no stretching - see Progress post 01 2017: Un-riddling the tree leaves technique - viewtopic.php?f=130&t=2734).

So here is my result: 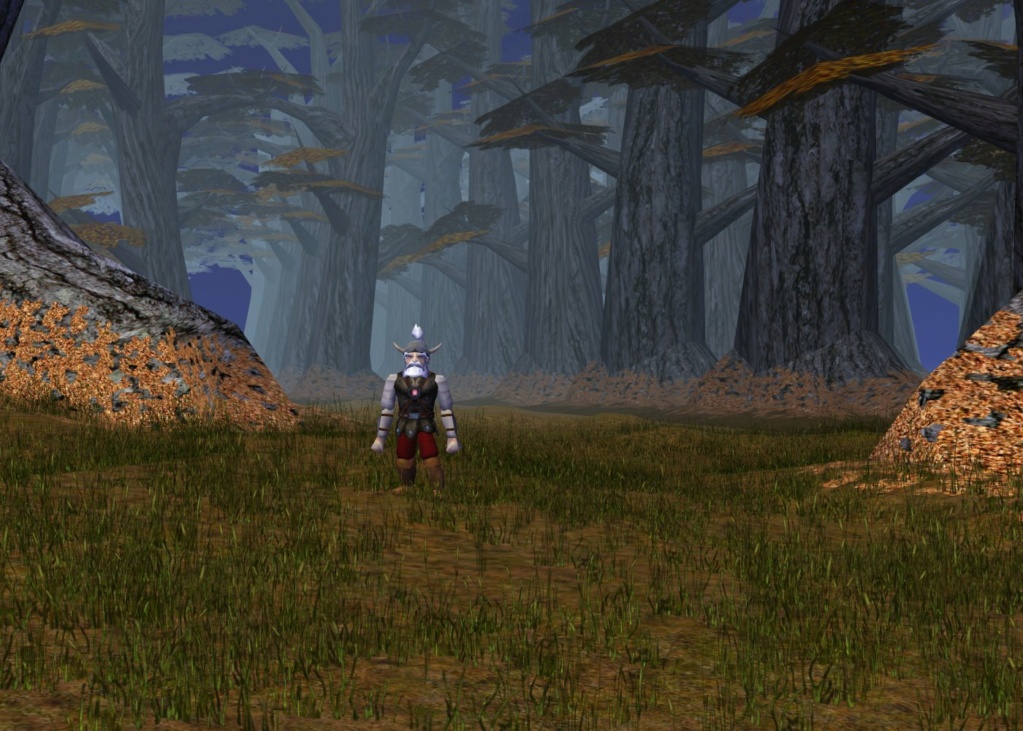 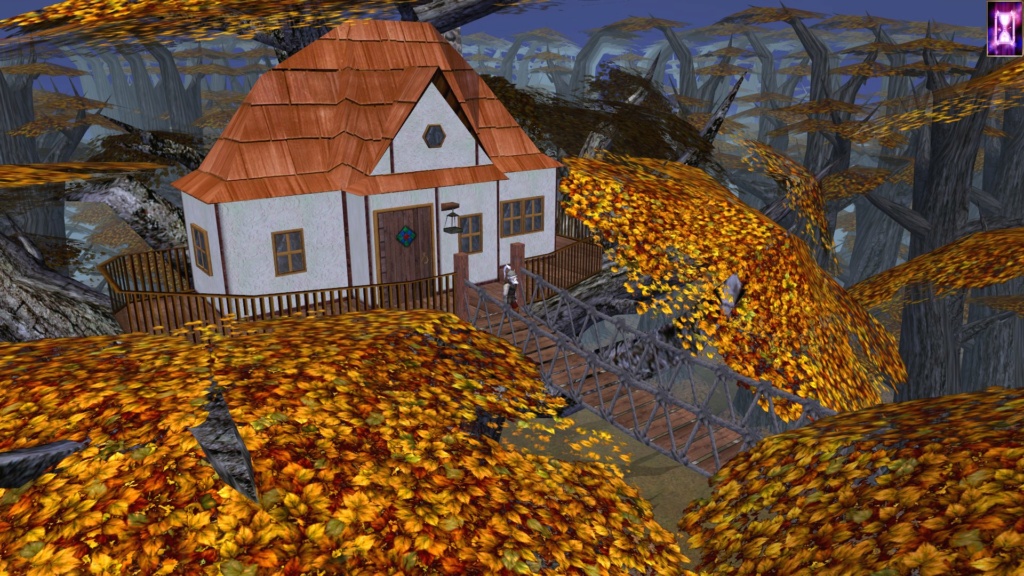 Now I had the “problem”, that this edge would show up everywhere, even if you would build an area with this set, which has no Vallenwood-trees - e.g. one with the mill or Meggins. That would not really work out well (IMO). So I decided to add a new (Vallenwood-) terrain, which then calls upon the new Vallenwood-edge. The regular terrain now uses a “flat” edge version again.
But I didn’t like the flat-flat edge tile, so I ported over my uneven/”wobbly” edge-model from my altered Worms seasonal set. So this will be the edge for the default terrain: 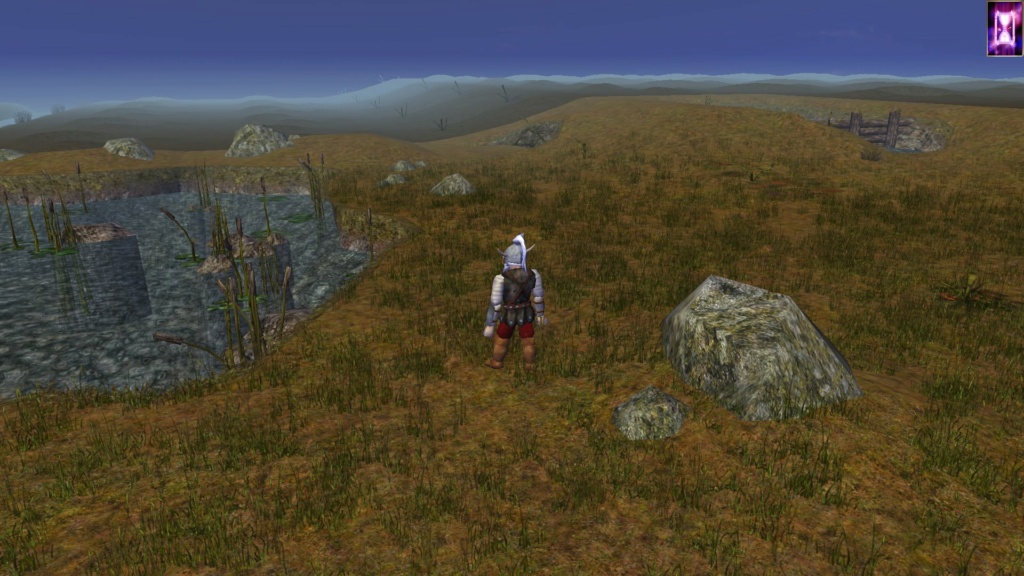 With this, edge files are done.


II. A placeholder for missing groups
As written tin the post “Progress post 04 2017: Lost, lost, lost and maybe found...” (viewtopic.php?f=130&t=2737&sid=3dd061df ... fc7ead0279) at least one Solace group existed, because there used to be screenshots on the DLA-forum back then: Tanis! (Sadly I only managed to catch the text from a forum-backup made by MDA-MichaelDarkAngel, but there all pictures were already missing). Lord_Oscar wrote on that forum, that Tanis is a 4x4-group. An early setfile (dating back to 2003-10-15) revealed, that the other two missing groups - City Hall and Guards - were both supposed to be 5x5 groups. (Well, there is another missing group: Grocery. As written in the Progress post 07, we found an alternative Tika-group, where the official Tika-interior model would not fit, and integrated this alternative group as Grocery.)
Now I don’t have any evidence on the Guards- (and Grocery-) group, but the findings of ThriKreen (see Progress post 12 & 14) had a folder with (interior) floor plans for Tanis and the City Hall and for Tanis there is an actual interior! So if these models are not found by some former DLA-member, it is kind of possible to reconstruct them using the floor plans as a base!
Some larger time back, I began to tinker with a possible way: I imported the Tika interior-group into the Tika exterior-scene and started to scale the interior to fit the exterior walls to get values for a possible scaling of the Tanis interior group: 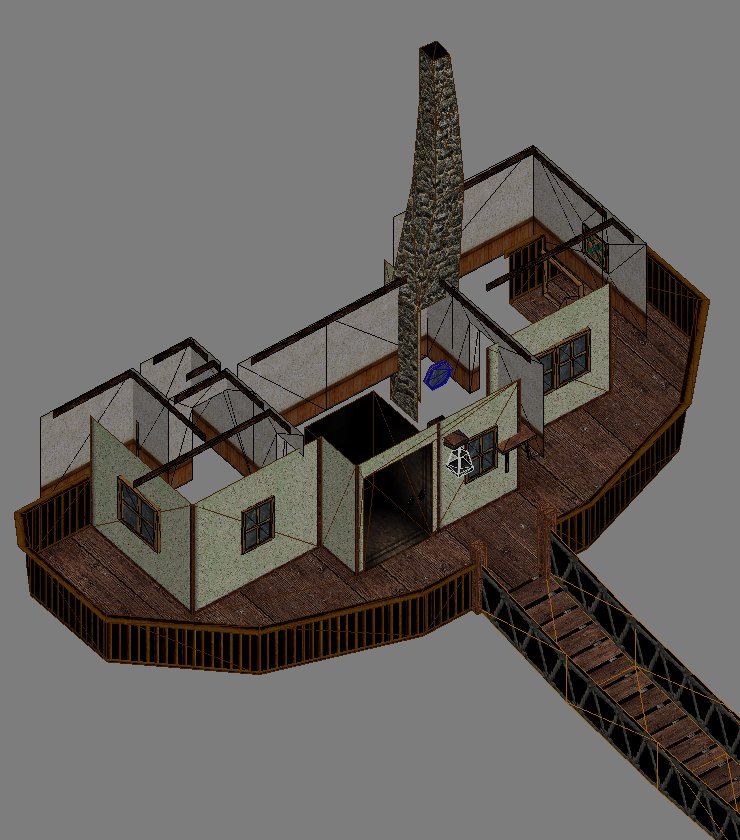 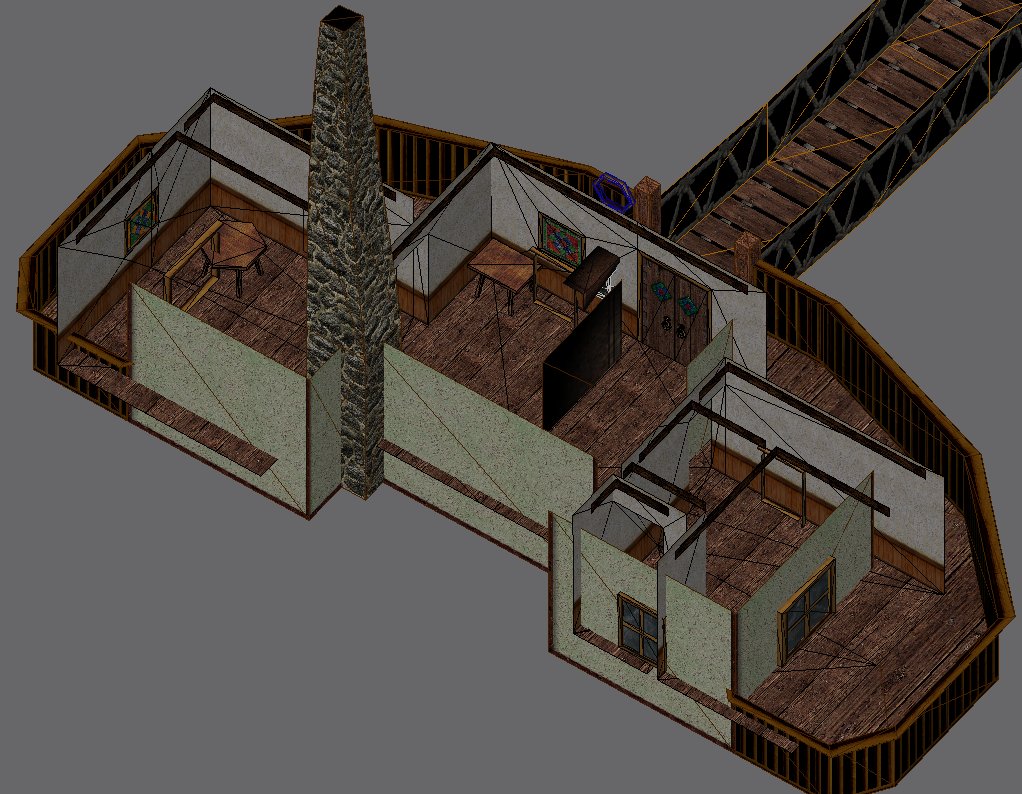 (Gmax-scene - Tika-exterior plus Tika-interior)
Well, I didn’t continue from there, because there was still enough to do with the existing models of the Solace exterior set. But maybe there is some creative being out there after the set is released…

Anyway, I decided to add placeholder-groups for Tanis and the City Hall to the set, in case they are found or reconstructed and thus can be added easily. Of course, these placeholder don’t make sense in an area, but here is a screen on how they show up: 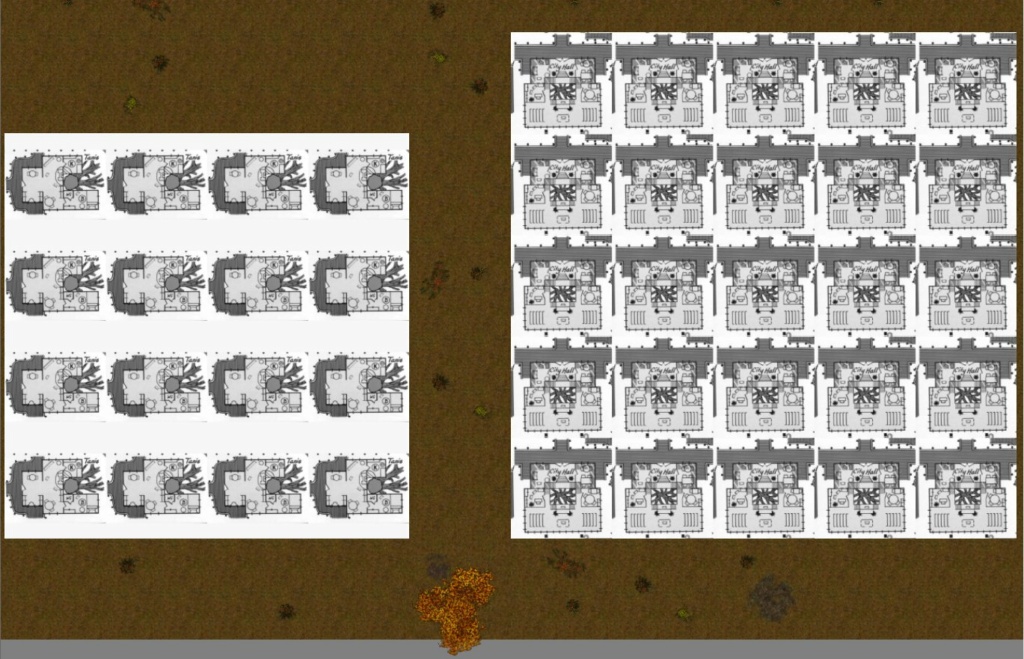 III. Mill dam closed
There was the suggestion on the neverwintervault.org-forum to also have a closed mill dam (in addition to the opened one - see Progress post 21). I already posted a result-screen to that forum, but to have this documentary kind of complete, I post it here again: 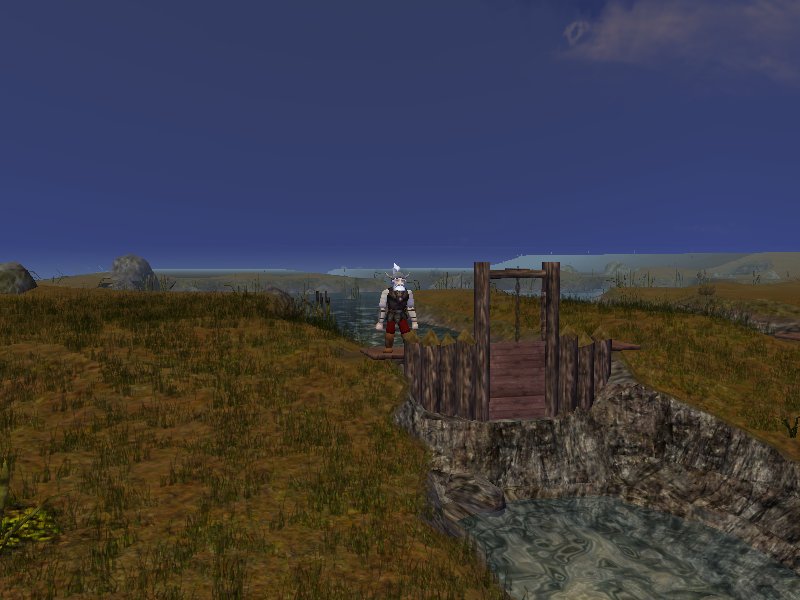