This is a toolset screen of a version October 2003: 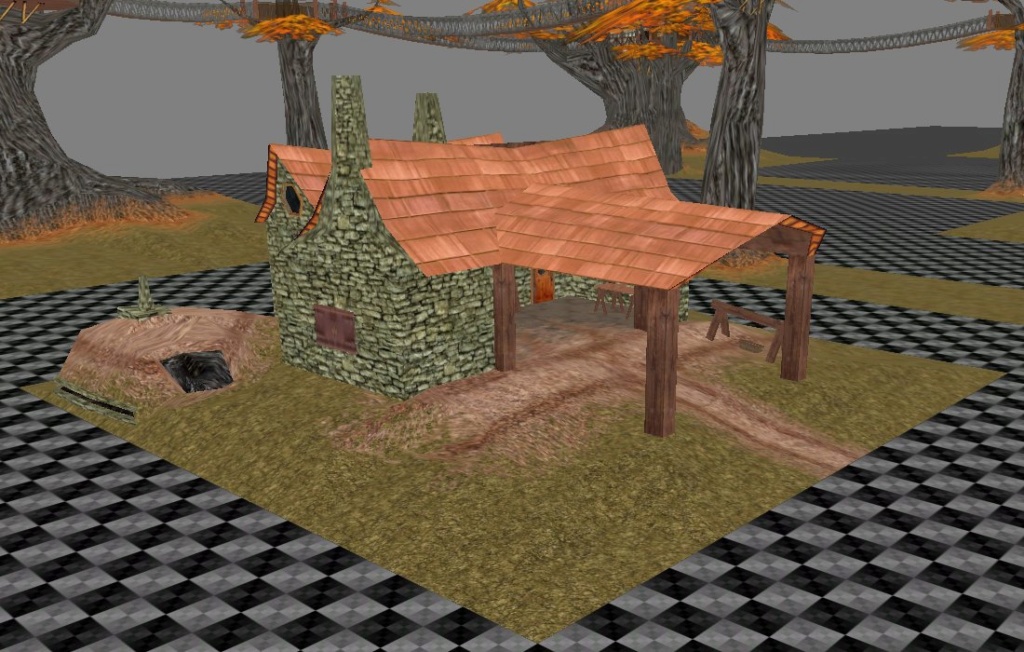 It’s missing in later HAKs and then was integrated again, but I think, that is due to the fact, that DLA were testing different tileset approaches.
Also other versions I have don’t differ from the one shown in the HAK version from 2003. Even the latest version of this model still has the smaller doors approach, which later has been changed to the NWN1-standard size on other Solace models. So I think, that this group just hasn’t been touched, because DLA was working on other models.

The group uses quiet a few vanilla textures and, as you can see in the first picture, they’re pretty low res. Even exchanging them with higher res versions didn’t really improve the low res look. Plus the fact, that we decided on a (in our opinion) better looking road texture than the vanilla dirt road one and thus the workshop entry needed adjustments anyways.

So I took the freedom to exchange some textures, eg. the dirt in front of the workshop and on the charcoal mound. But they’re all based on NWN1 vanilla textures!

Besides the enlarged doors, some UVW fixes needed to be done. And the residential part (to the back of the workshop) didn’t have any windows! The interior of the smithy would have been pretty gloomy! So I decided to add a few windows here. They are the same as on most of the tree houses (I ported them over).

So follow Flint through some IG-screens of the current stage: 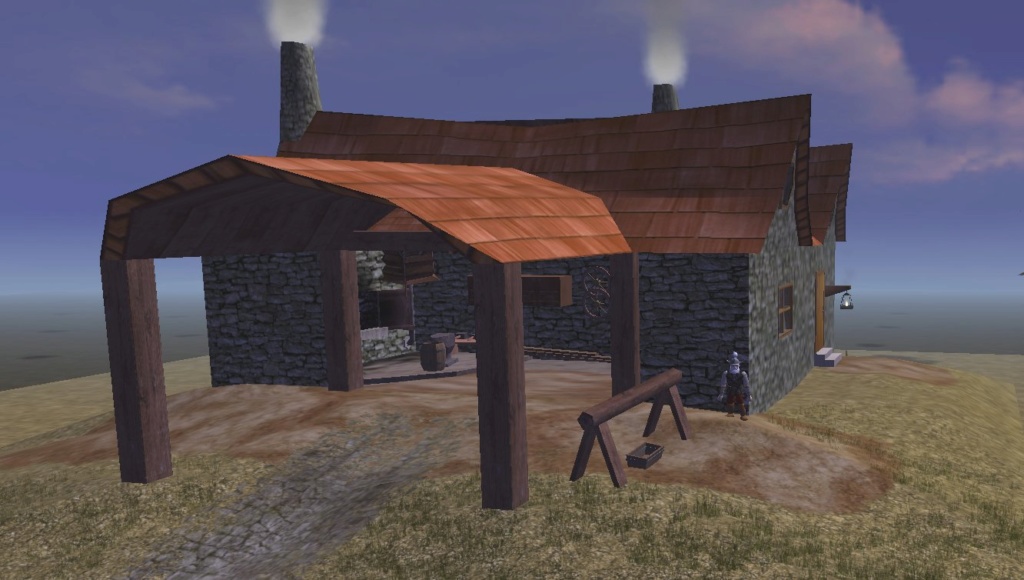 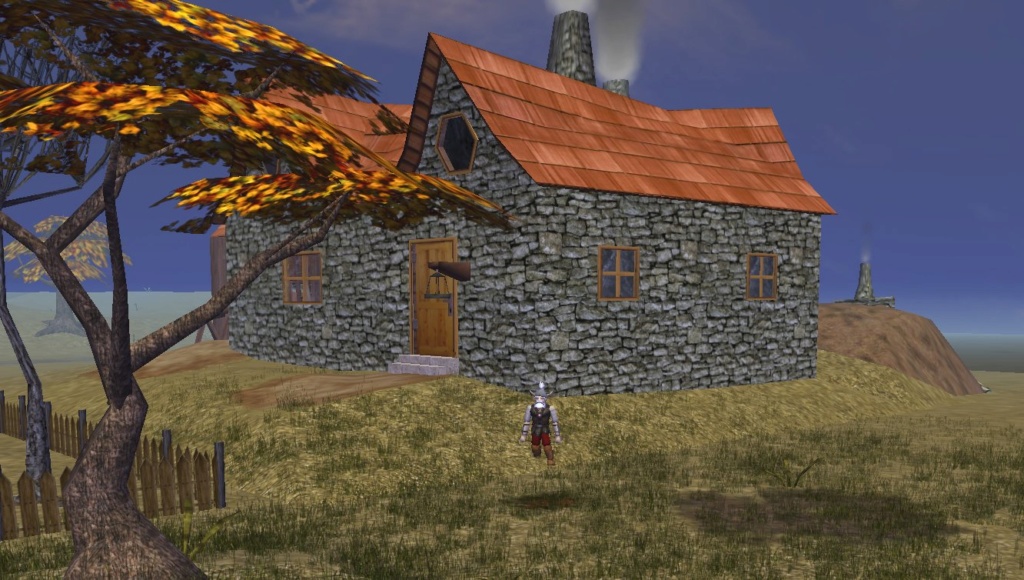 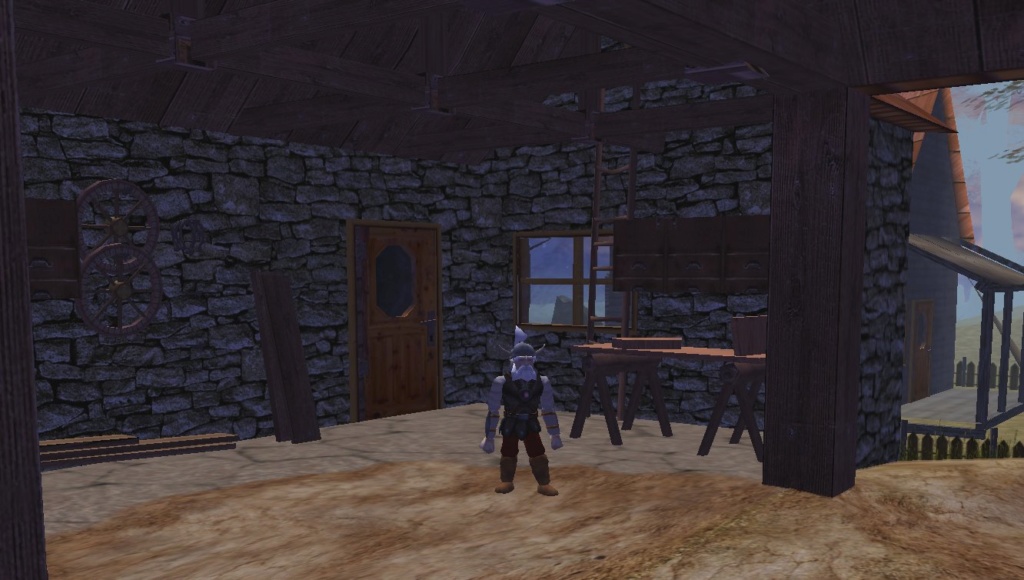 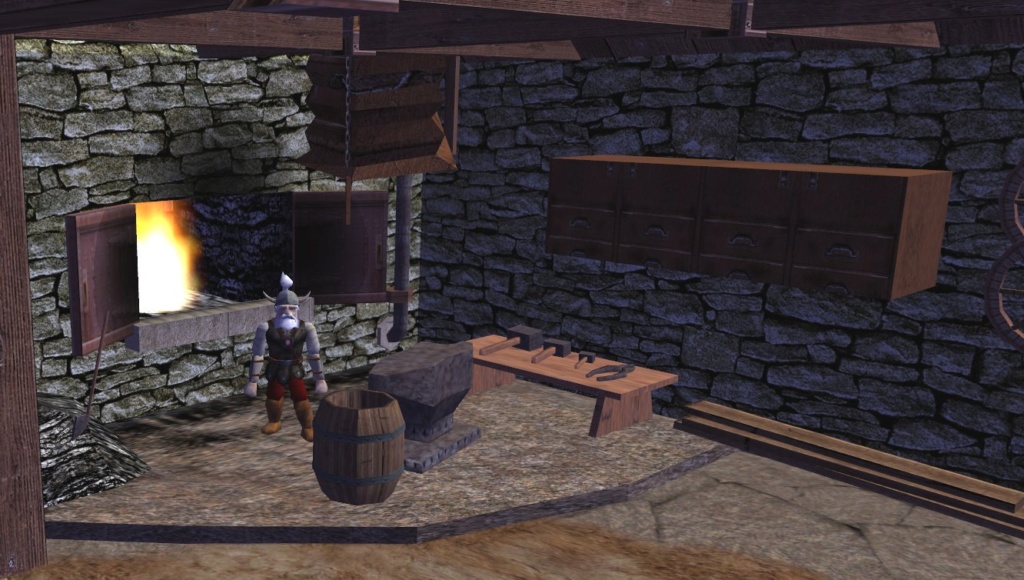 (Remark: The fire is not a part of the model. It's a placeable.)

A very interesting part is charcoal pile / stack! In ThriKreen's last finding, there was a reference picture to this: 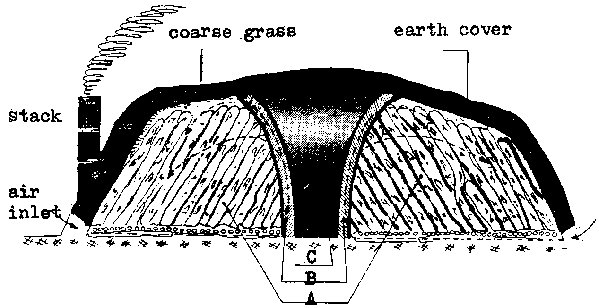 It seems, that they designed that part after this reference: 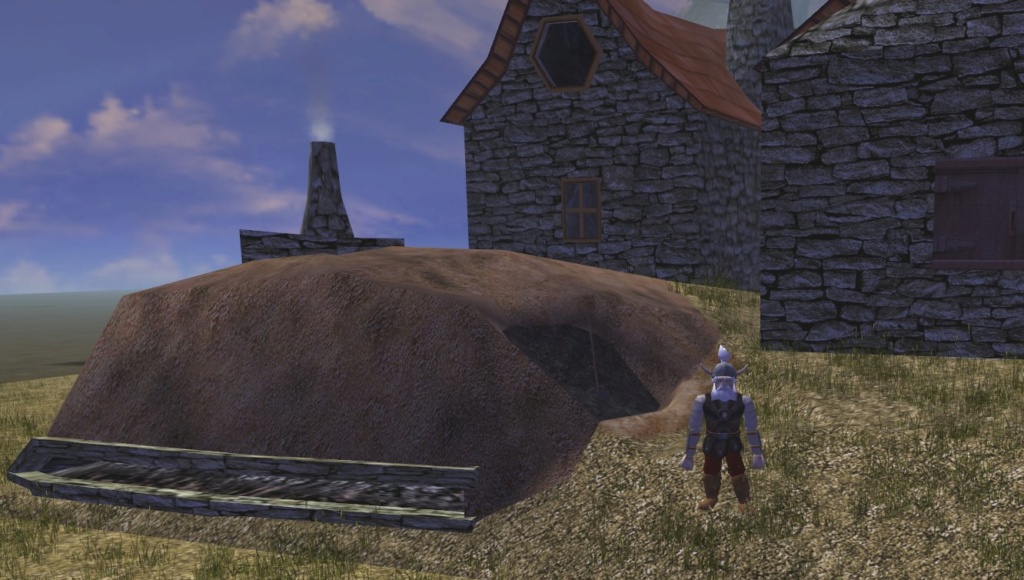 And here is a final screen with glowing windows of the residential part: 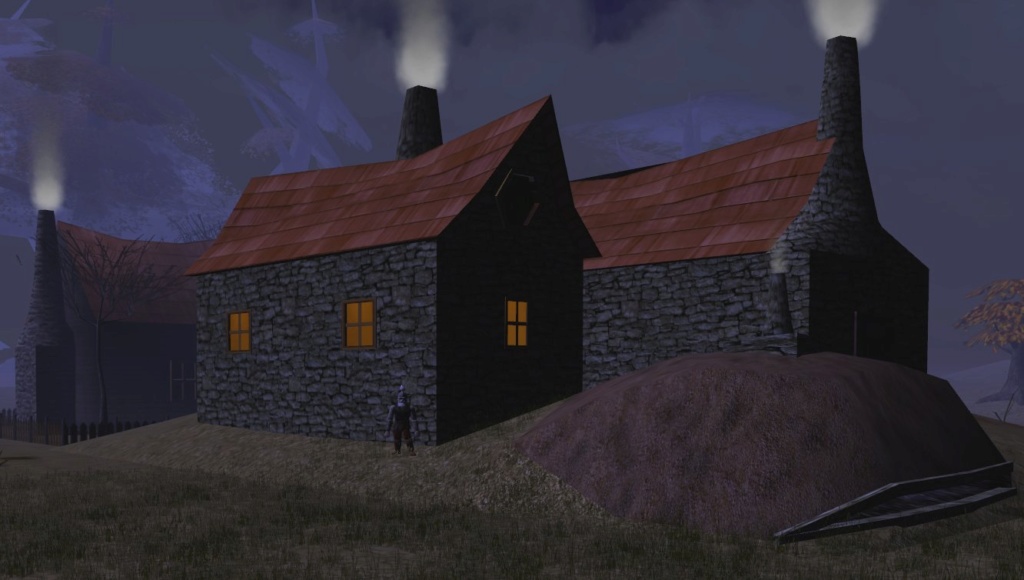 What is next? The mill and Meggins are still very rough and GrumpyOldGoat wants to give them a shot. There are a few one tile single trees, which still need the “new root leaves” approach, so that’s probably next (if I don’t get tempted by the DLA Swamp set - see post No. 14…).
Top
Post Reply
1 post • Page 1 of 1